Long before humans discovered Kaua’i, a family of three huge rocks, two brothers and a sister, were seeking a new home.  They rolled across the ocean floor, visiting several islands and atolls before finally arriving at the north shore of Kaua’i.
As they approached the shore, they were refreshed by the fresh water of the Limahuli Stream.  Breaking the surface, they saw that they were on a reef surrounded by fish.  The collors of the land, ocean, sky, and clouds delighted them.
O’o-a’a, the sister, was enchanted by this spot and decided to stay.  Basking in the warm sun and lulled by the sound of the waves, she soon feel asleep.  The brothers, wanting to go inland, rolled onto the sandy beach.  After a while, the younger brother, Pohaku-loa, stopped to rest in the shade of hala trees.  Enjoying the rustling leaves and cool breeze, he decided to stay.  Although his younger brother pleaded with him to continue up the mountain, Pohaku-loa fell asleep content.
The older brother continued alone, intending to climb to the top of the mountain.  When he reached the pali (cliff), his strength and determination were not enough.  He faltered and fell.  Again and again, he tried to reach the top, refusing to give up.  Eventually, the great god Kane noticed his struggling so hard and went to investigate.  He asked the rock why he was struggling to hard to reach the top.  The rock replied, “I want to be where I can watch the world below.”
Kane pointed out that it didn’t matter where the older brother was, for he would surely fall asleep as his brother and sister had.  The older brother insisted that he would remain awake.  Kane decided that this determined rock would never give up, that he would continue to climb and fall until all that remained of him was dust.  So Kane and the rock made a deal.

Kane lifted the older brother and placed him on the top of the mountain ridge.  In return, the rock promised to stay awake and watch and remember all that went on below him. 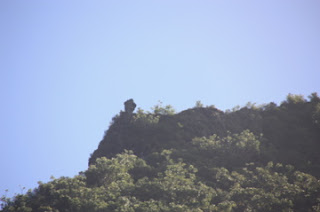 Then, Kane said, “When I come again, you must come tell me what you have seen.  When you are ready to go, the island will sink beneath the waters and the waves will climb upto you.  Then you and your brother and sister may begin to travel again.  Until then, watch and remember.”
---Limahuli Garden National Tropical Botanical Garden guidebook, Ha-ena, Kaua’i, Hawai’i,  p. 39
Posted by Tristan at 9:18 AM 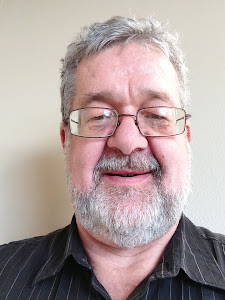